In India, retailers rarely charge money for a shopping bag. But to raise awareness of the polluting effects of secondary packaging and do its own part for the environment, Bata India made a surprising announcement: consumers would be charged a small amount for an optional recycled carry bag made of paper. Bata also strongly encouraged consumers to bring their own shopping bags and re-use them.

While plastic bags are well known to choke our oceans, lesser known is that bags made of paper also take a toll on our planet. Producing them in quantity still requires water, fuel, and trees. Bata realized it had the potential to save significant resources in the country by reducing paper use while raising the issue of more sustainable choices among consumers.

Bata India was well aware of the challenge of changing mindsets to #unbag and #carryyourownshoppingbags. We gladly welcomed the nationwide debate that was sparked by the initiative and continues to advocate for sustainable practices. Even when Bata’s recycled bags are carried off from the store, they come with disruptive messages printed on the exterior that spread eco-consciousness among the public. Drawing attention to the impact of secondary packaging has been exactly the point. 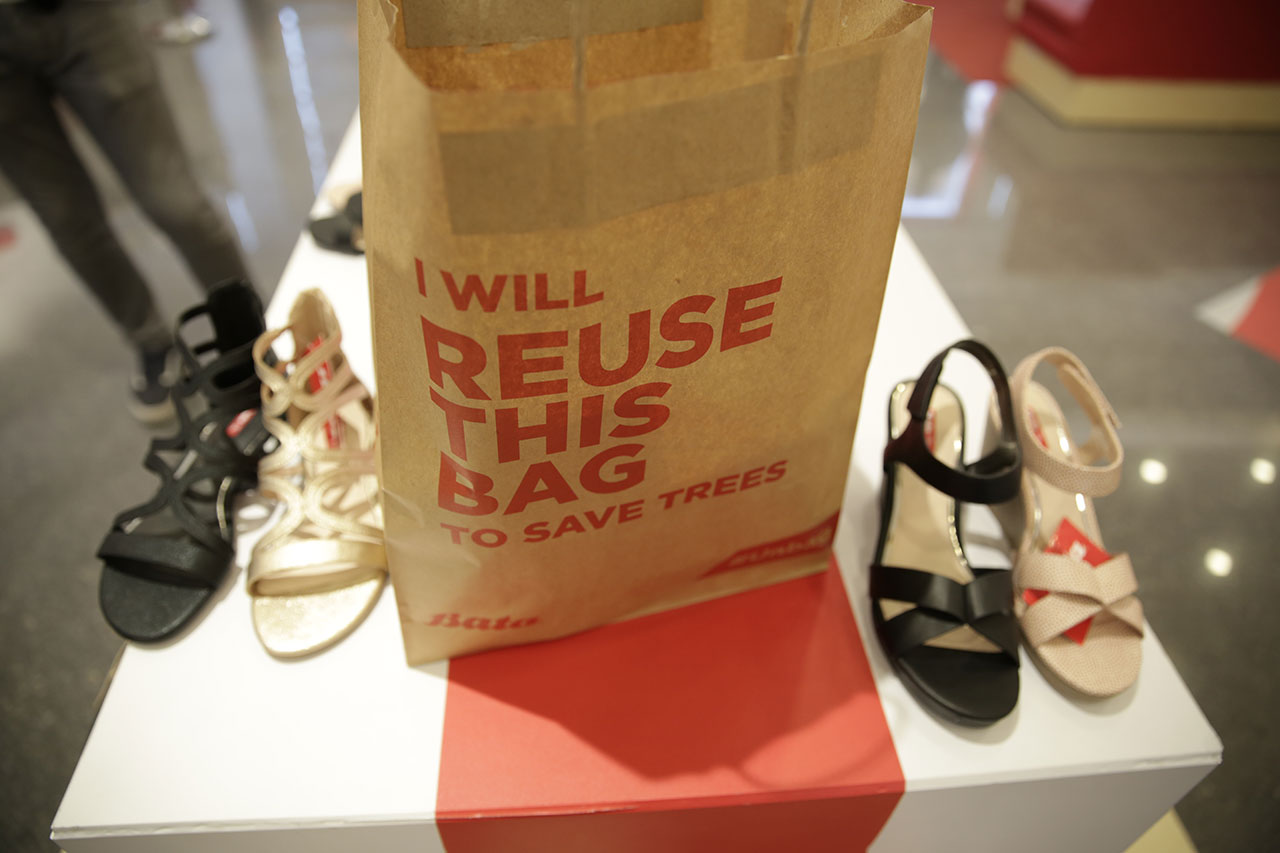