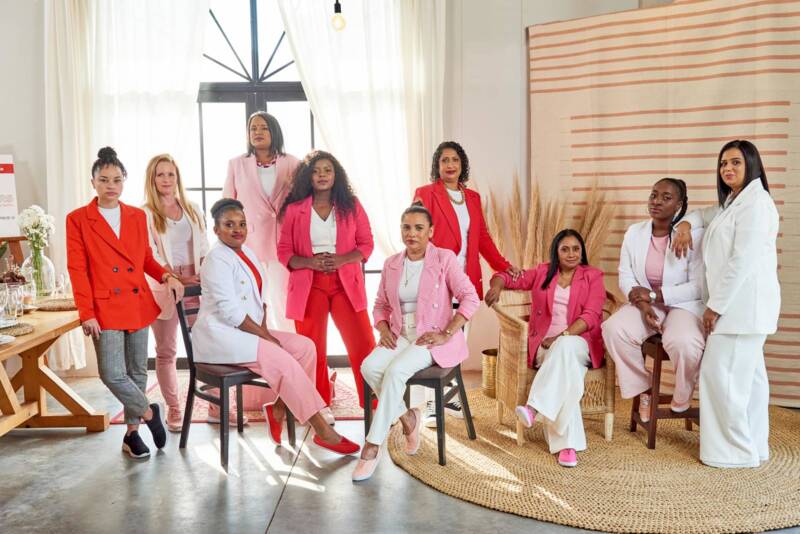 Bata South Africa is celebrating the triumph of women in the launch of its #SuitYourSneakers campaign. The campaign aims to recognize how far women's rights have come since August 1956 and celebrates the achievements of women in all aspects of their lives.

#SuitYourSneakers encourages women to express their freedom in a confident, comfortable and fashionable way.

"Being able to express oneself, without question, is one of the hallmarks of a free society. In line with this, we at Bata South Africa created an opportunity to let women celebrate and express themselves how they see fit," says Bata South Africa marketing manager Nombuso Ncapai.

"We have used the suit as a symbol of triumph and power. It's not the only way to express victory, but a symbol of what was once unattainable. Women have shattered the perception that suits were not meant for them. For us, it's a nod to the women who marched on Thursday, 9 August 1956 for an equal and just society. We believe that freedom of expression is integral to moving forward," says Ncapai.

The campaign also aims to spotlight the global shift towards 'sneakerisation', as consumers embrace more casual footwear over formal options and heels, in the workplace and beyond — a change accelerated by the pandemic.

"Sneakers are effortlessly comfortable. Women are on the go all day long, and our Bata brands proudly cater to the different footwear needs of women, taking them from home to the workplace to a night out. There's a style for anyone at any time of day," says Bata Sneakers department manager Swastika Juggernath.

"#SuitYourSneakers is all about reminding women that shattering the glass ceiling is a whole lot more fun than wearing glass slippers," adds Juggernath.

Throughout the month, Bata South Africa says that it will celebrate the women behind the company on its social channels, as well as enlist several successful South African personalities to express their take on #SuitYourSneakers.

"We chose to start the campaign at home by featuring some of the women behind the Bata South Africa brand. They've each been gifted a suit and paired it with one of our comfortable sneakers. We will feature them on social media because these are the women that make us what we are at Bata," adds Ncapai.

"We then extended the campaign to include successful South African personalities to drive the message of freedom of expression. They are at the cutting edge of what people are thinking and feeling and this is valuable to us as a brand to meet the needs of people and be relevant to what people want," Ncapai says.

"Women don't always get placed at the forefront for opportunities, and Women's Month is very important to remind us all what women truly bring to the table," Ncapai adds.

Bata South Africa managing director Michael Wyatt concludes, "Women take on many roles in our society, and we don't acknowledge this or celebrate it enough. This month we aim to, through the #SuitYourSneakers campaign, celebrate the women leading the Bata South Africa brand and pay tribute to South African women for continuing to move us forward as a nation."